In a post from last year, I offered this: 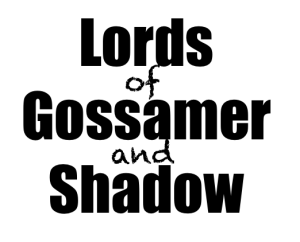 My GM solution to gaps in the rules (or a PC’s back story) is that this is where the GM has to step up and make it all reinforce the narrative. How can I strengthen the story? How can I speed up the game? How can I make the group thread together more strongly? How can I illustrate the wonder of the Grand Stair through these little details, and also make it more exciting for me to be part of the canvas shepherding this narrative along?

So when do you extend rules (as Player or GM) and when to you keep RAW (Rules As Written)?

Perhaps your philosophy of GMing is that there should be no GM story challenge, no overall narrative, that in fact, everything the Player Characters want to do is ALL that is driving the game. This role then is the GM as a living referee judge. In a case like this, you may seek to stay as close to RAW as possible. Don’t invent new powers, as they will have a bias of the GM’s invention. Don’t invent new civilizations, but grab them from the PCs vague descriptions of worlds they are seeking. Don’t invent villains, as you can make them purely from NPCs opposed to the goals the PCs have discussed or agreed to.

Certainly do not twist powers or abilities within the framework of the game rules to do new things or favor a single PC. And since no rule set is perfect, what do you do when the PCs discover a flaw or bust in the rules? Probably the thing to do is to sit down with the gaming group and talk it through.

The example is spurious, and not terribly serious:

“The experience rules are weird, because Ted can take his character to the Bwang Confederation, where he has Control of Time Flow, where he forces time to 36 times the rate in the Stair. He can set up battles, cause wars, and challenge monsters there, and when he comes back in a month to rejoin the group, his PC has gained an experience point per year that gives him 3 points the rest of the group does not have. What do you all think? How shall we address this issue?”

Hopefully this sort of rules jiggering is not normal in your group.

Don’t think as a GM you can solve a group dynamic, or mechanics issue without an out-of-game conversation. The reason for fun is a group experience. It’s a game shared, so share the solutions to the bumps and pitfalls.

Why would the GM create or tweak additions to published RAW? Why read the rules and decide to do things differently? A short list of reasons could be:

A longer examination of reasons could be knowing your audience and/or having a big picture in mind, and the idea that a few tweaks will reinforce the world building in a way that is not clear in the original rule set. This gets off in the direction of mashup rules and perhaps is beyond the point.

And when the rule set tries to define an Infinite Stair, one might expect no single rule book is going to cover it all. That why supplements and extensions are fun.

This site uses Akismet to reduce spam. Learn how your comment data is processed.